Over the last two weeks, we have detailedly discussed and analysed about the 2017 outlook for both developed and developing markets. This week, we turn our focus on the best performing currency in 2016: Bitcoin, which more than doubled its value. The question of why cryptocurrencies, such as Bitcoin, are increasingly used and traded has always been something that piques curiosity.

Cryptocurrencies are a type of digital money designed to benefit from the architecture of the internet. Instead of using a recognised financial institution to verify transactions, cryptocurrency transactions go through checks performed by computers on the currency’s network. The users of the computers receive a small amount of the currency as a reward for “mining”. This process is also the main way to produce more of the cryptocurrency.

Its digital nature enables inventive ways to use it. For instance, unlike credit cards, which require an account or a good credit, cryptocurrencies can generally be used impersonally. A widening range of retailers and individuals, such as Subway or Microsoft, now accept Bitcoin as a form of payment. While a fee may be incurred for the transaction, it typically remains lower than the fee charged to credit card users. Another widespread practice is the use of minor amounts to tip people on social media and blogs (Reddit, etc.) for their comments.

Some interesting legal issues have come up with Bitcoin. Governments, attempting to navigate through the unclear waters of the nascent currency, have responded with different degrees of protection around the world. The result is the lack of a unified regulatory landscape for Bitcoin. For example, except for several countries like Bolivia and Ecuador, governments in the Americas tend to take a very hands-off approach to Bitcoin. Europe has a similar story. By contrast, countries in Russia and Asia take a more cautious approach to the new currency. The UK initially imposed a VAT tax on Bitcoin mining, though this was abolished in March 2014, and now the HM Treasury has made a call for information on the digital and crypto currency landscape to make more informed decisions on how regulation should be introduced, and on who should monitor it. Many European countries, including Belgium, Portugal, Greece, Hungary, and Croatia, have merely issued public warnings that there is no government oversight for the currency. 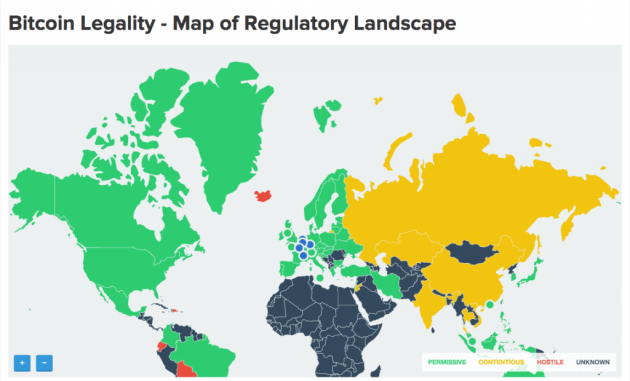 But why do these varying levels of regulation matter? Quite simply: arbitrage. Whereas arbitrage opportunities have largely been struck out over the years, the emerging, nascent status of Bitcoin paves the way for some golden opportunities. The fragmented nature of the Bitcoin market provides the perfect combination of arbitrage opportunities across multiple exchanges, combined with zero transaction costs to be found on Chinese platforms. However, because of the influx of responses from sophisticated traders seeking to capitalise on such opportunities, the most lucrative arbitrage openings are diminishing considerably over time. Traders must also balance the gains from Bitcoin trading against the risks, such as cyber-attacks on Bitcoin exchanges. The Chinese government has also begun to crack down on traders with inappropriate agendas, wary of those using Bitcoin trading as a means to move wealth overseas, conducting money laundering and market manipulation inspections.

It is expected that these opportunities will last for a few years until consensus is reached among key countries. However, the high volatility of cryptocurrencies (similar to that of the yuan), coupled with transaction fees on trading websites, are important to keep in mind. Several websites provide useful comparisons in order to choose an online exchange that provides liquidity with low fees. 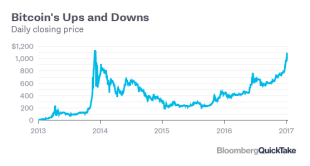 Cryptocurrencies are a very exciting development in finance. The inherent volatility of such currencies and the uncertainty around the potential regulation illustrate the trade-off over the coming years between opportunity and risk regarding these new assets.

we endeavour to simplify your time-consuming tasks of tracking markets, and we hope that the development of our upcoming functionalities around adding more cryptocurrencies will assist you in trading in a more efficient and enjoyable manner.

What is BitCoin in Today’s Context